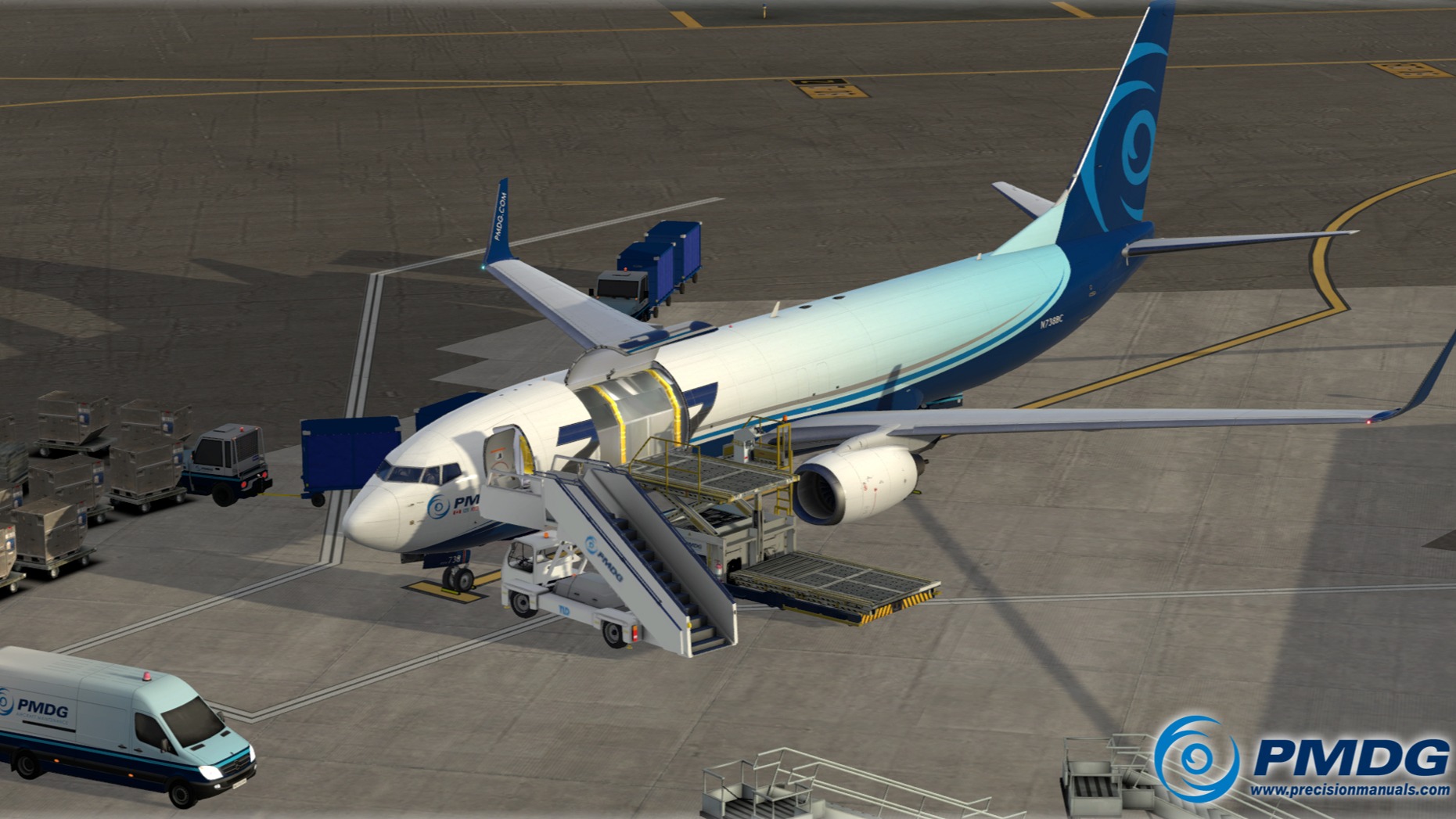 PMDG is bringing 3 new aircraft with 5 variants in total to their 737NGXu line with this cargo expansion:

As you might expect each model is realistically modeled in terms of systems and not just the exterior model. There are already over 20 liveries in the PMDG Operations Center with more incoming and the paint kit has been released as well. Global Flight Operations users will full fleet repaints available for them.

This release was delayed a bit, coming after the PMDG birthday discount expired. Despite that PMDG is offering $5 off the cargo variant until August 22, 2020.

737 freighter orders and deliveries, including freighter conversions, have seen an increase in the last two years as operators replace their classic 737 fleets. You will see more of this freighter in the real world skies and we are sure with this release the same will be true in the simulator skies.